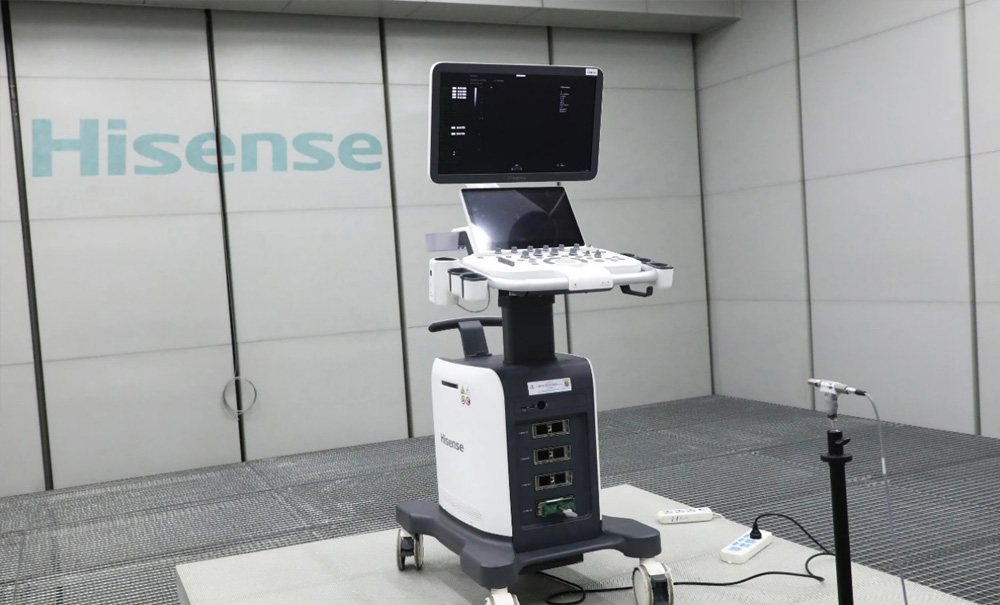 The ultrasonic front-end hardware design is complex and technically difficult. These circuit boards are designed by Hisense R&D engineers independently, using 14-layer high-density PCB alignment design, with the thinnest alignment width of about 0.1mm, containing a large number of core technologies, a lot of efforts and wisdom of ultrasonic R&D engineers to support the system to achieve high-speed real-time acquisition and real-time processing of 128 faint signals. In addition to the hardware, the entire system software has about 1.3 million lines of code, which are written line by line by Hisense R & D engineers.

Today, the product has been applied in more than 20 tertiary hospitals, and the application cases have exceeded 30,000 cases.